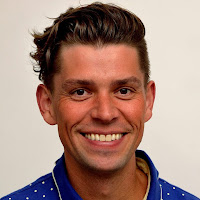 Designer, animator, marionette maker and arts festival organiser, Steffen came to New Zealand in 2007 to do his Masters Degree in Design. This project involved making a surrealist film about the fears and transformation experienced by a traveller arriving in a foreign land.
Nine and half years later, he is still there with a partner, a house in the country, a small population of chickens and a strange sense that he has become „less German“, whatever that means. Perhaps „Lifeswap“ will shed some light.

Drawing makes Steffen happy. The finer the nib and the more detailed the image the better. Once, when he was two years old, he spent a whole week cutting up newspaper into tiny shreds. And it is pens, scissors and a love of painstakingly detailed work, that still come together on a daily basis as Steffen works on stop-motion animations for the animation office National Park, which he co-founded in 2009. These days he spends a lot of his time making short films for organisations like the Department of Conservation and the Ministry for the Environment, that appreciate a hand made look on their websites and TV ads.

In some ways, Lifeswap is a way for Steffen to return to the theme of the traveller in a foreign country that he began exploring in 2007. It is a special project that is close to his heart and he is delighting in the return to simple, freehand line drawing as he brings it to life.

After six years of passionate teaching, William has decided it is time to put aside the whiteboard marker and the beat up Nissan of teaching for nine months and travel to Germany. Here, he hopes to examine, at close quarters, the country that produced Steffen and to see if, through the characters of Jörg and Duncan, he can find a peaceful and witty way to earth the many weird and wonderful clashes, harmonies, misunderstandings and hilarities that he has seen occur when Germans and New Zealanders come together.

With unbridled enthusiasm, he is now living under cover as a kind of cultural spy in Germany: quaffing Apfelschorle, taking his inner New Zealander on squeamish sauna visits, separating household rubbish with newfound zeal and then, in the evenings, drumming away on his computer to see if he can make sense of  it all.